Kevin is involved in every aspect of his business, from meeting clients on a regular basis, to employee placement. This unparalleled commitment to provide quality service has been the core belief and the motto of Platinum Group Security. With his consistent contributions to multiple charities, Kevin is a highly respected South Florida businessman who is regularly featured in local magazines for his philanthropic contributions.

Mr. Joseph has over 18 years of security management experience and has been instrumental in consulting, designing and implementing security solutions to clients both domestically and internationally. Rony started his career at Platinum Group Security 18 years ago while attending Florida Atlantic University and has held every position within the organization. Platinum Group Security has grown over the years in part due to his leadership powered by a people-driven, customer focused culture and spirit of innovation. Rony has been a critical leader in Platinum Group Security’s long-term strategy and champion of putting PGS’s shared values of honesty, integrity, respect, perseverance and servant leadership at the core of every decision. When asked to sum up his job in five words, Rony’s response is: “Taking care of our people.” The answer reflects his leadership philosophy, which is based on the “virtuous circle” – if you take care of your people, they take care of your customers, whose business and loyalty allows you to in turn reward your people. His passion extends into helping local charities, NGO’s and travelling to various countries in Asia and Africa to work with those in need. He counts John C. Maxwell as a major influencer in his life.

Daren Lopez is the organization’s new Chief Operating Officer. Mr. Lopez brings to the position a wealth of knowledge and an array of experiences in the security industry on a national level. He brings 25+ years of experience to our organization and has a proven record of leading companies like PGS to the next level. Previously, Daren was a Vice President for a competing security company and held almost all positions in the security industry including: Security Officer, Site Supervisor, Operations Manager, Branch Manager, and influential executive. Daren feels this is a tremendous opportunity to contribute to the growth of PGS.

James Keitel has been with Platinum for 8 years in different capacities. His primary goal has always been to develop a strong operations team working as a cohesive unit. James has also helped develop and design a new incident reporting system, an officer training program, leadership training, and a systematic method for security assessments. James is a former executive for BMW of North America responsible for managing a team of personnel charged with technology, security and innovation. James also spent 15 years helping to design automotive facilities to operate more efficiently with emphasis on risk management. Prior to leaving BMW, James was in the process of developing new ways to identify customers with facial recognition. Automotive companies are often on the forefront of technology integration as a tool to quantifying performance. In 2010, James implemented the same strategies in Security. When you’re living in a densely packed community like South Florida, security becomes a major concern. It is not uncommon to witness a crime or become a victim. James has a true passion for security and the complicated dynamics to promote synergy within our communities. Technology is the future of security and using technology to protect our families is a far better way to serve our community. James is the Operations Director overseeing our Palm Beach markets and is intimately involved in the recruiting, training and implementation modules. He will attend weekly and monthly meetings to ensure fluid communications, service deliveries and meeting expectations.

Phil Huber’s Law Enforcement career began in 1968 when he joined the Baltimore Co. Police Department as an 18 year old cadet. He soon began to rise through the ranks from Cadet to Deputy Police Commissioner in 1986. Phil Huber served in Patrol, Traffic, Detectives, Homicide, Maryland State Regional Police Academy Commander, Commander of the Planning and Research Bureau, and Finally as a Bureau Chief for Operations. In 1983, Phil Huber worked with Dr. Herman Goldstein of the University of Wisconsin, the Executive Director of the Police Executive Research Forum (PERF), and the National Institute of Justice (NIJ) in the Fear or Crime Studies in Newark NJ, and Houston Texas. These studies were used by Phil Huber, Herman Goldstein, NIJ and PERF to develop the current model used in policing “Community Policing.” This problem solving approach has swept Law Enforcement nation wide. In 1990, Phil Huber was offered and accepted the Position as Police Chief for the City of Miami Beach where he continued to modernize the Organization through accreditation, crime analysis, and redeployment of available resources based on analyzed crime trends. Phil Huber also implemented an anti-graffiti program based on the Broken Window Philosophy while enforcing other quality of life laws. Phil Huber has an Associates In Arts Degree from Essex Community College, a Bachelors of Science Degree from the University of Baltimore in Sociology , and did his Graduate work at Northwestern University, Evanston Ill.

Mr. Joel Francisco comes to Platinum Group Security with over 8 years in the private security Industry. Having worked in different aspects of security, from operations, to recruiting to human resources, Joel brings his experience and firsthand knowledge of the industry to help establish P.G.S. as a premier security provider in the South Florida Area and abroad. Beginning with a law enforcement career spanning from 1998 through 2010, Joel uses his training and experience in protection services and personnel management to bring an added customer service touch to the private security business. His energy, honesty and passion have all driven him to his current position as the Human Resources Director for P.G.S. Armed with a tenacious work ethic and a sense of compassion, he hopes to not only continue to help P.G.S. grow, but to propel them to the fore front of security providers throughout the globe. Mr. Francisco holds a Bachelor of Arts Degree with a concentration in Sociology and Criminology, from the University of Florida.

Debbie Kriebel began her security career 8 years ago as a gate officer. Debbie advanced quickly because of her strong work ethic and dedication to perfection. Prior to her promotion to National Training Manger, she proved her capability has an Operations Manager, Site Supervisor, Director of Security, Recruiter, and a Platinum Group Security Field Manager. Debbie provides the necessary leadership for our team providing insight derived from her experience as an accomplished officer and supervisor.

Mr. Vallecillo started his career in security in 2003 as a security supervisor and shortly moved up the ranks. Today he has more than 18 years of security experience and has managed a book of business that included; Hospitals, Universities, Commercial properties and Luxury residential high-rise condominiums throughout the Miami Beach, Brickell, and Aventura area. He is also part of the Miami Dade Community Emergency Response Team (CERT) which provides training for basic disaster response skills, such as fire safety and light search and rescue. Mr. Vallecillo strives to provide the best service in the industry by leading, training, developing and engaging staff. His goal is to provide excellent customer service and exceed the client’s expectations through effective communication and best possible personnel placement.

Joseph Blaisdell first began his security career in 2009 as a Loss Prevention officer while attending college. He graduated in 2014 with his Bachelor of Arts Degree in Criminal Justice. Upon graduation, Joseph became the Director of Security for Hilton at a Fort Lauderdale complex serving multiple locations throughout the south Florida market. Looking for more growth opportunities in the private sector of security, an opportunity opened with Platinum Group Security. Joseph started with PGS in 2018 as an Operations Manager and is responsible for managing a number of accounts in the Broward and Palm Beach county area. 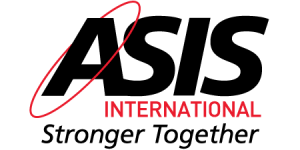 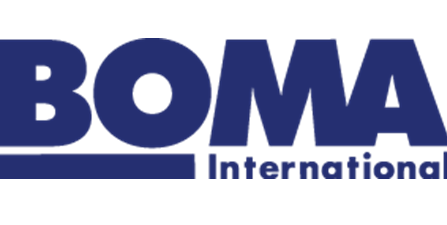 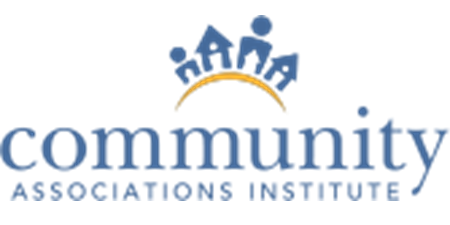